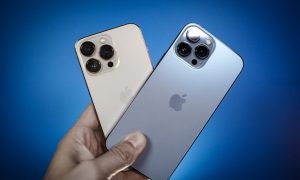 Apple is probably the worst offender here, having a history of holding up the development of features that other companies jumped on quickly as beta-testers. You could practically set your watch to them if you believed Twitter memes and Twitter takes about how iPhone users are frequently late to the party of things they might think are absolutely fresh.

And now we’re back where we started. Along with the introduction of their newest phone range, Apple also announced the iPhone 14 and iOS 16 operating systems. Numerous upgrades and additions have been made, and they are all either beneficial, entertaining, or both. In actuality, some of these features are being brought to older iPhone models, while others are restricted to specific models.

Even though Apple touts each one as spectacular and brand-new, several of them are, in whole or in part, already well-known to Android users. Here is a list of features that Apple is currently providing that Android has had for a while.

MANY POINTS ON THE MAP

You’re on your way home after returning from college when all of a sudden you recall that if you take a quick diversion, you might visit one of your favourite book stores. Want to stay on the right track? With iOS 16, it’s simple to add the bookstore’s location to your schedule and get directions that will let you stop there before going back home.

In iOS 16, you now have 10 seconds to change your mind and cancel the send if you accidentally input the wrong recipient’s name when you hit “Send” on an email (assuming the other person is also using iOS 16). You can also utilise Remind Later to use a reminder to deal with an email later, or you can schedule an email to be delivered anytime you wish.

Gmail has provided the option to delete a message starting approximately 2018. Within 5, 10, 20, or 30 seconds, you can complete this (you can specify the duration in the web interface). Additionally, you can snooze an email so that it will appear later and schedule an email to be delivered at a certain time.

iOS 16 now has Live Captions, which offer real-time transcription for chats, audio, and video. This tool is extremely beneficial for anyone who needs to follow a discussion, not just those who have hearing impairments.

In fact, as of 2019, Android has a Live Caption feature that provides rapid translations for these captions in a variety of languages.

It’s still a victory for accessibility and for watching movies on your phone while muted when you’re too lazy to retrieve your earbuds, even though Apple is once again late with this.

Android phones have generally had access to Google’s official Fit fitness app whether you wear a watch or not.

This one is a little odd, to be honest. In iOS 16, you may now add up to four widgets to your lock screen.

Around 10 years ago, Android 4.2 included lock screen widgets; however, with Android 5.0, they were once again removed. You get to decide if you want to count this.