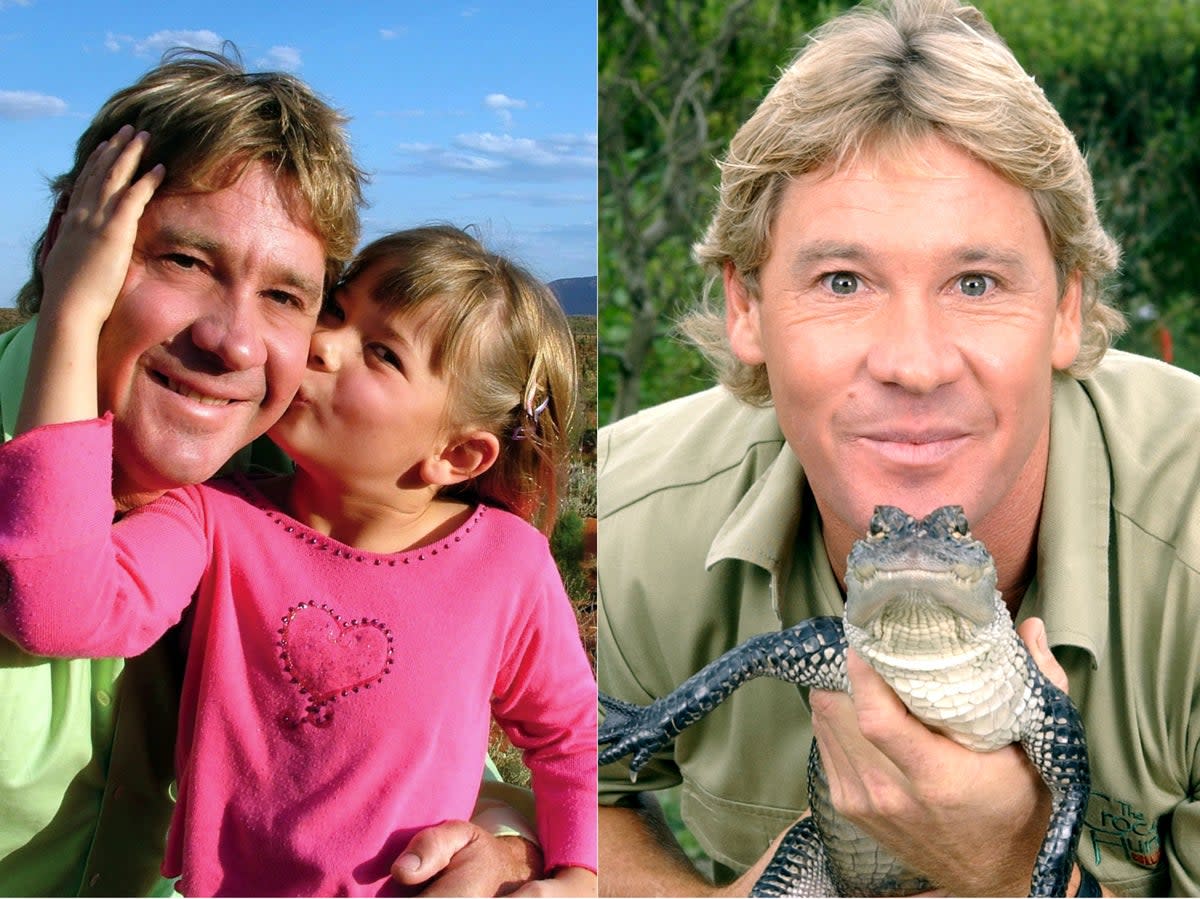 Bindi Irwin: On the sixteenth anniversary of her father’s passing, Bindi Irwin paid tribute to him and her daughter’s “Grandpa Crocodile.”

Steve Irwin, the star of “Crocodile Hunter,” passed away in 2006 from a stingray sting while filming a wildlife documentary. Robert was 2 years old at the time, while Bindi was 8 years old.

On September 4, Bindi, now 24 years old, posted a vintage image of her and her father.

Because you were such a great father, “Grandpa Crocodile, I know you would’ve been the most incredible grandfather,” she wrote. “I want to thank you for being Grace’s wonderful guardian angel.”

In spite of the fact that Steve’s passing occurred prior to the birth of her daughter, Bindi has introduced her to the “Crocodile Hunter” through documentaries.

While carrying her daughter, she remarked, “He would have been a good, good grandfather.” “We probably would not have ever seen our daughter. It would have been ideal if he had simply taken her into the zoo. But it’s wonderful that the documentaries will allow us to introduce her to her grandfather. It’s incredibly unique.”

The zookeeper named her daughter Grace Warrior as a tribute to her late father.

Bindi previously told The Bump that “Wildlife Warrior” was a term that was first coined by her father. “We’ve been calling our daughter our Baby Wildlife Warrior. I know in my heart that she will forge her own path to make our planet a better place. Being a Wildlife Warrior means to stand up and speak for those who cannot speak for themselves.”

Robert, Bindi’s brother, posted a tribute to the “Crocodile Hunter” on Instagram as well.

In Australia, today is Father’s Day, and he wrote, “I am sending my love to those who are missing their dad today.” “I treasure all the special moments I shared with my dad and am honoured to be able to uphold his memory and legacy.”